By Hillary Brown
Designer Sheila Bridges taking her new Harlem Toile-covered Converse hightops out for a spin. Courtesy of Converse 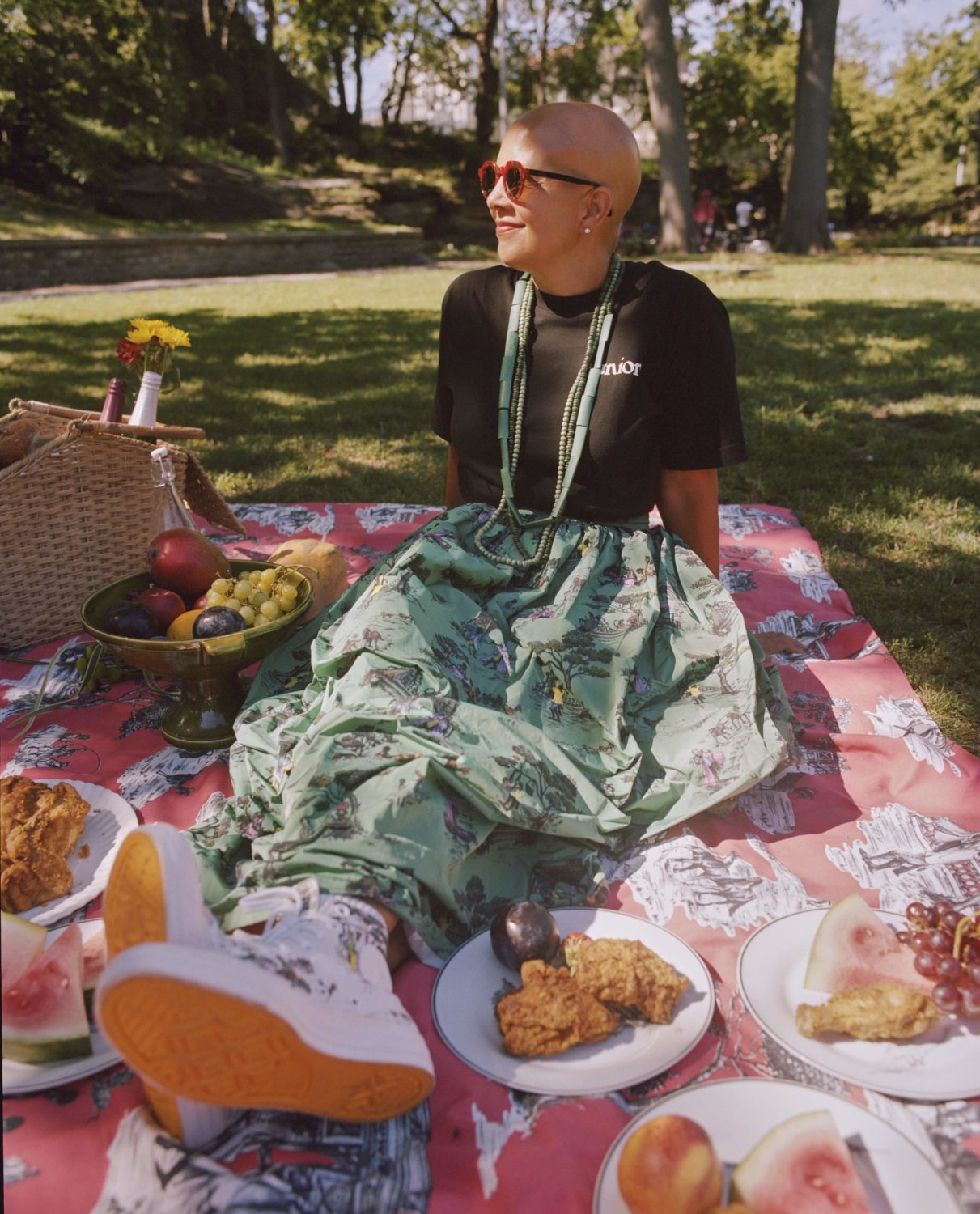 Designer Sheila Bridges takes her iconic Harlem Toile du Jouy pattern to the streets for a new collaboration with Converse and UNION.

When Sheila Bridges was designing her Manhattan home, she was struggling to find a toile that truly spoke to her own experiences and life in New York as a Black woman. “I didn’t ever see myself represented in any of the designs,” she said, “So, I created my own.” And thus, Harlem Toile de Jouy wallpaper was born. Filled with scenes inspired by the goings-on and people she’d spotted over the years in her Harlem neighborhood, the pattern is a cheeky contemporary commentary on the centuries-old European tradition and stereotypes of the African-American experience.

While Bridges’ toile is now featured on walls across the country and in the collections of famed museums like New York’s Cooper-Hewitt and the Musée De La Toile De Jouy in France, her long-time friend and UNION owner Chris Gibbs wanted to democratize the pattern even more. So, the pair took their idea to Converse where her multicolored toile was soon splashed onto the blank white canvas of the forever-cool kicks.

“It’s an indelibly designed shoe. It’s the perfect canvas for intricate stories via print graphics,” Gibbs said of the Chuck Taylor All Star capsule collection, which is part of Converse’s ongoing initiative to expand the many voices of Black creatives. For Bridges, she hopes these hightops will bring her toile to a whole new generation and perhaps even inspire them to put their own fresh spin on it.