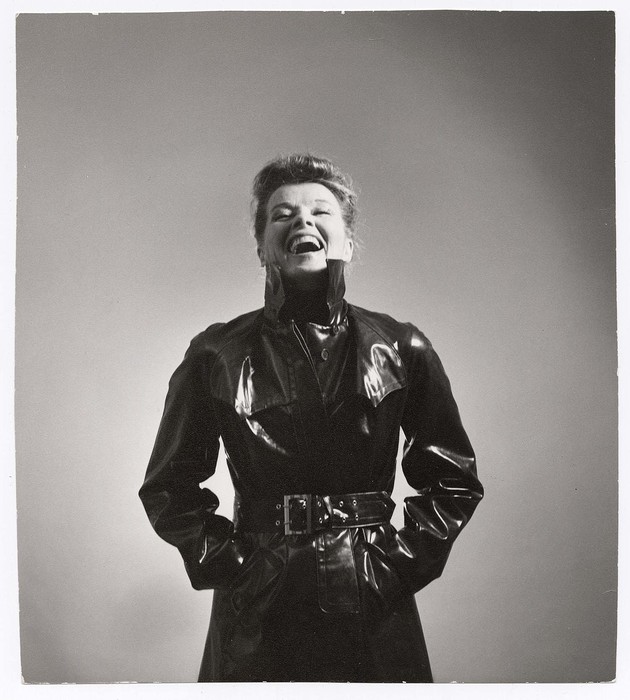 Interior designer and author of How They Decorated P. Gaye Tapp gives us an exclusive look at the classic, cool, all-American decorating style of the late Katharine Hepburn, the beloved pants-wearing renegade actress whose effortless yet impossibly chic taste was beautifully reflected in her warmly furnished homes.

“My she was yar,” is one of my favorite lines that Katharine Hepburn delivers in the film The Philadelphia Story because it personifies her personality and her life story. Yar, an out-of-date nautical term, refers to a boat that was ready for anything, level and spirited. For me, Hepburn, who claimed to be a Campbell’s Tomato Soup kind of girl, exemplifies that attitude of individualism, and right now I am embracing her practical side, her less-is-more attitude, her panache, her sartorial chic, and above all her love of Fenwick, her family home. In this new reality, I’m asking myself, What would Kate do?

As true an American heroine as the glamorous rebels she portrayed in her films, Hepburn was an iconoclast. She wore her good looks with aplomb and defined glamour with a pair of well creased trousers. At her childhood home in Hartford, Connecticut, the words “Listen To The Song Of Life” were carved into the stone mantel. When it came to the original choices she made, her wardrobe, her private life, her roles as an actress, and how she decorated, Hepburn always listened to her own song of life.

Fenwick, her family’s summer home in Old Saybrook Connecticut, was a rambling white brick structure set on the Long Island Sound. Cradled by the water, a beach and a small pond, the house welcomed her as a child, and as an adult offered her privacy and a much-needed retreat from her acting life. She wrote in her 1996 memoir Me, “Fenwick is and always has been my other paradise.”

The Hepburn family house, Fenwick, in the 1940s after the original wood frame cottage had washed out to sea.Courtesy Tedd Levy

During The Great Hurricane of 1938 that paradise was destroyed with Hepburn narrowly escaping through a window as the water rose up inside before the house sailed off into the Atlantic. In the aftermath, Hepburn could be seen digging in the sand for her mother’s silver and tea service. Using her famous can-do spirit she rebuilt the nineteen-room summer cottage. Her siblings once said, “Everyone in the family had a hand in building the house…Katharine has expensive tastes, and excellent furniture was ordered and installed, only to be sent back when somebody didn’t like it.”

Katharine Hepburn surveys the devastation of the 1938 hurricane on the site of Fenwick, her family’s summer home in Old Saybrook, Connecticut, as seen in this WNPR story by Jennifer Steadman.Courtesy of the Connecticut Historical Society

Hepburn embraced the privilege evinced in her childhood and education while shunning the established mores of the era. In typical Kate style, her approach to decorating was a fusion of convention and personal eccentricity. Like the character Tracy Lord, whom she portrayed in The Philadelphia Story, she was an independent, spirited woman making her way on her own terms, with a decorating style that had Philadelphia Story polish by way of Fenwick warmth.

A makeshift closet styled by the effervescent Kate. All hats and pants are color coordinated with her favorite red.John Bryson/Sygma via Getty Images

Family pieces predominated throughout sun-filled rooms, walls were light or rough brick, and good sturdy furniture was made of pine, walnut and mahogany. New England antiques and just plain old, reliable comfort pervaded along with classic Americana—decoys, quilts, the occasional eagle and Hepburn’s paintings of Fenwick’s scenic surroundings. In the living room, a sofa was slipcovered in white and punctuated with red pillows (Kate’s favorite color)—practical and, by today’s standards, quite chic. Bookcases were filled with books and a library table was situated nearby for additional overflow.

Wicker, and rattan chairs were set about with throws tossed over them to ward off the chill. Kate could tuck into a rattan lounge chair to read. Canvas bags spilled out by chairs and a roughhewn round table held a place for every necessity imaginable.John Bryson/Sygma via Getty Images

In Manhattan, Hepburn’s Turtle Bay apartment echoed the design aesthetic of Fenwick. It seemed the only real change was the scenery. White and red upholstered pieces were surrounded by antiques, Continental mixed with New England—all punctuated by exotic acquisitions from film locations. Ditto the decorating at the Los Angeles home on George Cukor’s St. Ives Drive estate she shared with fellow actor and longtime love Spencer Tracy. Hepburn proved to be a thorn in architect Jack Woolf’s elegant side when they clashed about her plans to add a fireplace in the living room. She was adamant. As if delivering a zinger in a Hepburn-Tracy movie, she said “Mr. Woolf, I think your mother must have been a fireplace.” She won the war of the fireplace. Did anyone doubt it? She designed a mantle of chestnut for the fireplace and kept fires burning year-round, a custom formed by her New England upbringing.

Hepburn once said “I hope I’m like old wood. Some people are like boxes made out of jewels or of beads, I prefer things made of plainer materials. It’s not just the basic texture. It’s the natural color and the ordinary, plain look.” Hardly plain, her self-confidence permitted her to put the Hepburn stamp on each house. An early recycler, she used wooden valances from Tracy’s previous apartment to make a desk top that rested on two three-drawer chests. And because of her efforts, St. Ives exuded a wonderful coziness. A pine cupboard, an African chair, a “heavenly Navajo rug—pink-red on white with black, some French blue” were all typical of Kate’s eclectic assemblages at all three of her homes.

Kate chatting on the phone while at the desk she created from wood valences and chests taken from Tracy’s old apartment.John Bryson/Sygma via Getty Images

Hepburn lived out her life at Fenwick, dying at the age of 96 in 2003. In her signature succinct and witty fashion she once said, “Life is hard. After all, it kills you.” She had lived her life in resounding fullness, listening to her song, and no other actress to date has lived her life with such individuality. “Life’s what’s important,” she noted. “Walking, houses, family. Birth and pain and joy—and then death.”

Take a page out of Kate’s book and try these Americana-inspired fabrics from Schumacher:

SHOP THEM ALL HERE>